I would pay for local, digital news, but there are no easy ways to do that. Why is it so hard?

I live in New Zealand where we have two large national newspaper brands: the New Zealand Herald and Stuff.co.nz. (side note: these brands are actually trying to merge at the moment).

I subscribe to the New York Times, but if I want to support a local paper I have unsatisfactory options. Neither of the big NZ brands offer digital subscriptions. Beyond giving local papers ad impressions, the only way to support them is to buy a physical newspaper subscription! END_OF_DOCUMENT_TOKEN_TO_BE_REPLACED

I’ve previously written about how Facebook is a sort of quasi monopolistic utility. Part of Facebook’s status as a dominant player is that it has a huge rule in determining what news people see. A few developments in the past few months have raised interesting questions about how Facebook deals with its role as an information gatekeeper.

You have read a while ago that Facebook was in trouble for supposedly showing a left-wing bias in an obscure part of its platform which was curated by human employees. This was not the main newsfeed but a small section called ‘Trending Topics’. In response to the controversy, Facebook switched from having humans curate the topics to using a supposedly more neutral and fundamentally workable algorithm (in other words moving to a newsfeed-like model). END_OF_DOCUMENT_TOKEN_TO_BE_REPLACED

Nilay Patel had an interesting article at The Verge about the limitations of the mobile web. His argument is that web browsers on mobile devices are terrible, which leads people to look content through apps:

It also leads to companies like Facebook and Google trying to ‘solve’ the mobile web problem by either putting their content inside a walled garden (Facebook) or strip out most of the web page (Google).

He does mention that part of the reason The Verge loads so slow is that their website is because of the amount of crap they’ve loaded into it:

Now, I happen to work at a media company, and I happen to run a website that can be bloated and slow. Some of this is our fault: The Verge is ultra-complicated, we have huge images, and we serve ads from our own direct sales and a variety of programmatic networks. Our video player is annoying. (I swear a better one is coming, for real this time.) We could do a lot of things to make our site load faster, and we’re doing them.

I saw an interesting response to Nilay’s article on the lmorchard blog, where picks up on this last point about the crappyness of The Verge’s website. His takeaway message is:

… there are many things that can make the mobile web suck. Bad CSS layout, heavy UI frameworks, you name it. And, yeah, browsers can get better. They are getting better. There are interesting capabilities on the horizon.

But, I can’t help thinking if everyone shrank those tracking & advertising icebergs down to some sane magnitude relative to the actual content, that this web might be a better place overall.

This latter argument sounds much more sensible to me. Doesn’t it sound like a better idea to strip out the crap on the web rather than trying to make the crap move faster?

I’ve been thinking a bit recently about why the world needs Firefox, and the ways in which Firefox can be sold to normal people who don’t know what open source software is and just like something which works. The challenge for Firefox, and Mozilla, lies in turning around this worrying trend:

I think what’s getting in the way of Firefox growing — or even retaining its market share — is the widespread perception that Google Chrome is “just better”. Moreover, Chrome is pre-installed on Android devices and available on iOS. With Firefox, by contrast, a potential user has to go the trouble of installing Firefox on Android, and it’s not even available on iOS (although that might change). Finally, Google has a huge ad network on which they run ads prodding you to try Chrome to speed up the web, an approach which Mozilla is unable to match.

I’m going to explore why we need browser competition, the similarities between the fight Firefox is currently engaged in and the one it fought against Internet Explorer in the 2000s, as well as how Firefox might break out of the declining (or at least not growing) user-base problem it’s currently in. END_OF_DOCUMENT_TOKEN_TO_BE_REPLACED

The New York Times‘ Farhad Manjoo has an interesting piece exploring the impact of Uber’s business model on work and employment in the future:

The larger worry about on-demand jobs is not about benefits, but about a lack of agency — a future in which computers, rather than humans, determine what you do, when and for how much. The rise of Uber-like jobs is the logical culmination of an economic and tech system that holds efficiency as its paramount virtue.

“I’m glad if people like working for Uber, but those subjective feelings have got to be understood in the context of there being very few alternatives,” Dr. Reich said. “Can you imagine if this turns into a Mechanical Turk economy, where everyone is doing piecework at all odd hours, and no one knows when the next job will come, and how much it will pay? What kind of private lives can we possibly have, what kind of relationships, what kind of families?”

The on-demand economy may be better than the alternative of software automating all our work. But that isn’t necessarily much of a cause for celebration.

This quote in particular resonated with me:

“After interviewing many workers in the on-demand world, Dr. Reich said he has concluded that “most would much rather have good, well-paying, regular jobs.”

Rather than allowing jobs in the twenty first century to become casualised and atomised, I think we would do well to aim for decent, well paying jobs.

One road block to this atomization of labour is labour-protection laws in the United States. The Verge is reporting that there are a couple of class-action law suits in the United States at the moment against Uber and Lyft. The class-action suits are trying to argue that the people who drive around for these companies are actually employees, which matters because employees get access to a range of benefits (such as petrol expenses) which Uber and Lyft drivers don’t currently have. It will be interesting to see what happens with these cases! 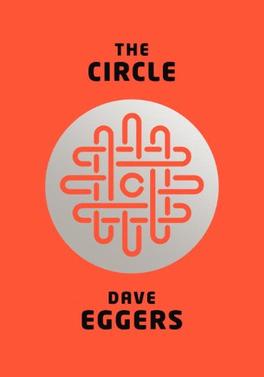 I read Dave Eggers’ somewhat new book, The Circle recently. It’s a sort of technological-dystopia set in the near future, where a Google-like company is essentially taking over the world. While I found the book interesting and quite good, although somewhat absurd, what I found remarkable is how often the themes are coming up in news articles. END_OF_DOCUMENT_TOKEN_TO_BE_REPLACED

It seems to me that the digitisation of information over the last few decades throws up all sorts of interesting questions about the storing and accessibility of information into the future. The emergence of web 2.0 and participatory websites has meant an explosion of information on the internet – anyone with an internet connection can publish their views easily on the web.

I think the interesting question is, assuming this stuff is worth keeping, is it going to last? END_OF_DOCUMENT_TOKEN_TO_BE_REPLACED